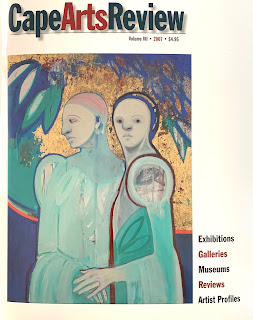 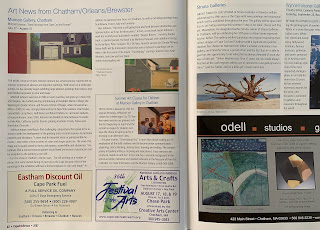 For more than 20 years, Mitchell Johnson has simultaneously explored the expressive potential of abstract and figurative paintings. Well known as a landscape painter, he has recently begun exhibiting large abstract paintings that reveal a new and distilled approach to color and shape.

Mitchell Johnson was born in 1964 in South Carolina, but grew up in New York and Virginia. He studied painting and drawing at Randolph-Macon College, the Washington Studio School, and Parsons School of Design, where he earned an MFA in 1990. He was strongly influenced by his New York teachers: Paul Resika, Leland Bell, Larry Rivers, Nell Blaine and Robert DeNiro, Sr., all former students of Hans Hofmann. Since 1990 Johnson has divided his time between his studio in Palo Alto, California and his favorite painting locations in Italy, France and Bornholm, Denmark.

Johnson enjoys traveling to find challenging compositions that speak to his interest in both the development of the painting and a visceral response to particular patterns and situations. “I never look for beautiful vistas or quintessential moments, I stop when a view or a series of colors and shapes grabs me. The views that draw me in usually speak to clarity and mystery, accessibility and elusiveness.” He believes that a representational painter should heed the lessons of abstraction and be receptive to the painting’s own will.

For this show in Chatham, Johnson says, “I’m still working on a number of pieces that were started during my last trip to the Cape last year. Most of the paintings in the exhibition will have a formal emphasis in color and shape.” In addition to paintings from Truro and Chatham, he will be including paintings from Scandinavia, France, Italy and Germany.

Says Johnson, “My work is still going back and forth between abstraction and representation, as it has for many years.” In fact, a new book about Johnson’s work has recently been published-entitled “Doppio Binario,” meaning double track or parallel pursuit, the book is by Marilena Pasquali, with additional essays by Donia Bijan, Peter Campion, W.S. DiPiero, Annette Luciani and Claude Pichevin. Movie buffs will be interested to know that one of Johnson’s paintings can be seen in the first scene of the movie “The Holiday,” starring Cameron Diaz, Kate Winslett, Jude Law and Jack Black.

Posted by Mitchell Johnson at 10:46 AM No comments: